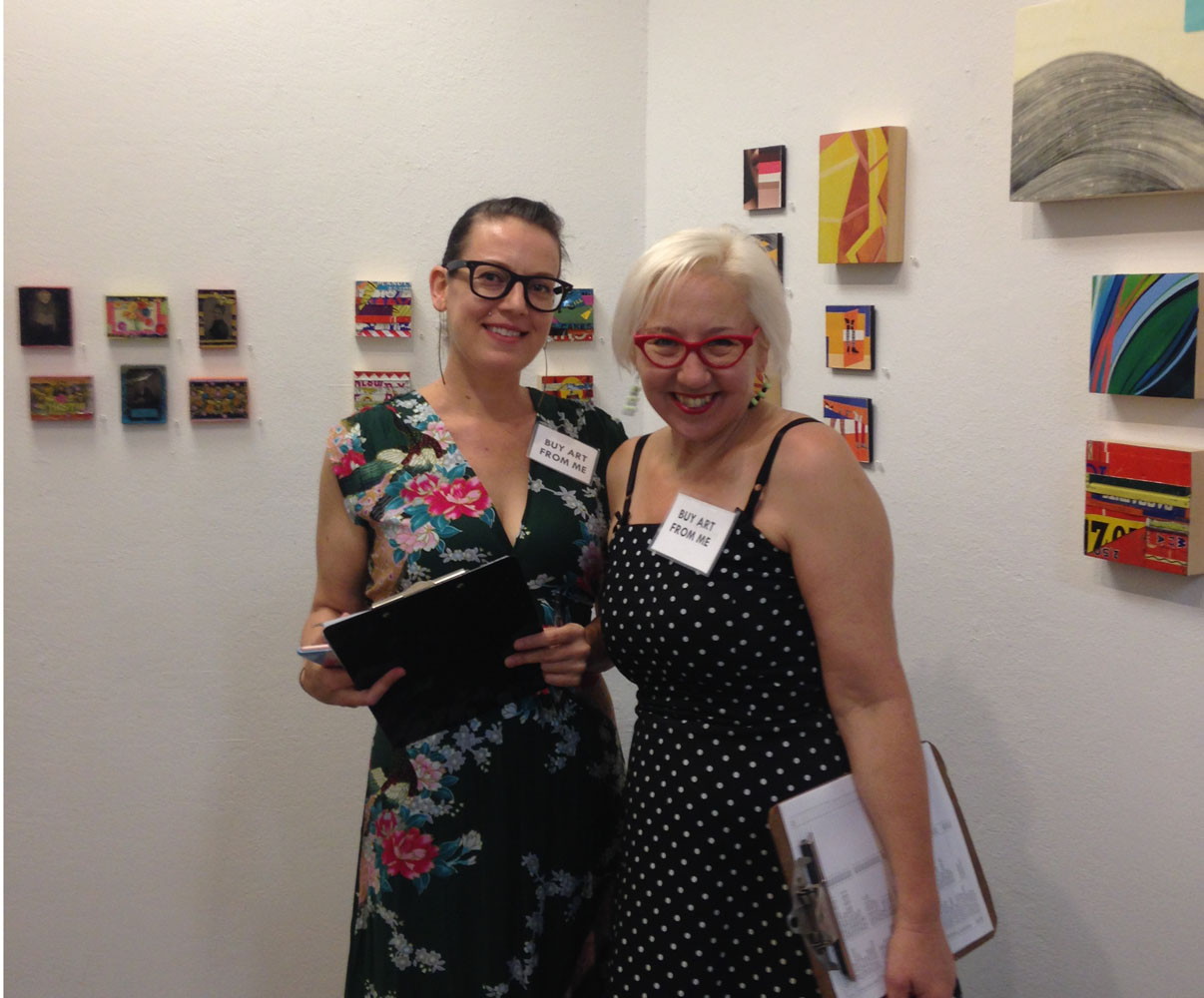 PLEASE JOIN US FOR A CLOSING PARTY AND INDUSTRY NIGHT ON WEDNESDAY, JULY 17 FROM 5-7 PM!

For the sixth year in a row, my colleague Dara Solliday and I will be organizing and curating the 100 under $100 show at ’57 Biscayne. I love doing this. We gather art from a whole bunch of artists we know, and usually a few that we don’t, all of it priced under $100 (as the name would imply) and wrestle it into a surprisingly coherent show. The first year we put  it on, it was kind of thrown together at the last minute (we frantically raided a lot of our neighbors studios to get to 100 pieces) but nevertheless went pretty well. There are collectors from that first event who still come back year after year. We’ve got it down to a system now: The work has to be ready to hang; the artists have to drop it off at prescribed times and enter their own information into a form (I spent several evenings sliding down the hall with my laptop on a chair with casters as Dara fished out post-its and tried to match them to artworks); and we’ve gotten really good at herding a big fat mishmash of art into aestheically pleasing groupings that make their own kind of sense. In other words, it’s a real show now. And until the day we hang it (with some help from other Biscaynitos), we really have no idea what it’s going to look like.

One of the many pleasures of this show is giving some newer artists the opportunity to show their work and actually sell it. However, many established artists look forward to it as well because it’s a chance to do something outside of their known style or medium, to play around a little bit.  We can take risks with something brand-new, or conversely, dig up something old. I’ll be doing the latter this year. I found some oil studies for paintings from the turn of the century—studies that were actually done after the works themselves were in progress. The paintings have long since left my life and gone to good homes, and the studies are like memories of them. They’re also fresher and looser and less precious, from a time before I learned to be loose in my “real” work.