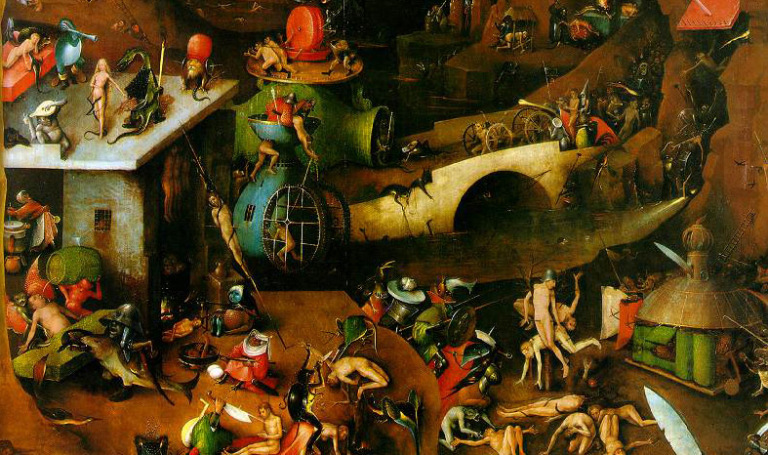 In the Making Your Own Work class, while we’re looking at people’s work in progress, we continually come back to the question: How much stuff should there be in a painting? Usually the answer is something along the lines of “less than what you have.” Anne likened it to Coco Chanel’s directive to remove one accessory before one leaves the house.

And sometimes the thing you have to remove is your favorite: the one you thought was so utterly brilliant and clever. But it just doesn’t serve the painting, and it needs to be the piece of jewelry you leave on the hall table before you dash out the door.

Many years ago, a friend of mine, Michael Barrish, went on a long bicycle trip intending to visit every town named Freedom, Justice, and Liberty in the contiguous United States. That, while interesting, really has nothing to do with my point. Along the way he visited many old friends, and brought news of them to the subsequently visited friends. (You see, kids, in the old days, people didn’t broadcast their every activity on the internet, so we had to wait for messengers to bicycle between towns delivering news. It was slow but it made for better stories.) When Michael stopped here in Seattle, he told of some old college buddies who had moved to LA, trying to break into screenwriting. They had made a big pitch to a Hollywood producer for a goofy John Candy/John Goodman vehicle called “Fat Chance”. The premise, which seemed kind of thin, was that they were fat jewel thieves; hijinx ensued. The hijinx culminated in a chase scene through a Christian Theme Park. The thieves at one point get swallowed up, or perhaps chased, by a giant mechanical whale loudly intoning “JO-NAH! JO-NAH!” as it pursues them through the park.

The producer, who in my mind is a guy out of a 1940s movie chomping on a cigar, had five words for the would-be screenwriters: “Lose the Christian Theme Park!” The image, which I made up, of this short guy with the Brooklyn accent pounding on his desk is permanently etched in my mind.  However, I was a little mystified by his advice.  It seemed to me that without that bit of weirdness, the purported movie would have nothing left to recommend it.

One day in the studio it occurred to me what he meant. It was late and I was on a deadline finishing paintings for a show. One painting in particular was giving me a lot of trouble. The parts weren’t adding up. Deep down I knew what had to go: it was a checkerboard tile floor that I’d spent hours working on, thought was brilliant, and had grown way too attached to, but it just didn’t serve the painting.  I heard shouting inside my head. What could it be? Why, it was my inner cigar-chomping studio exec yelling for me to LOSE THE CHRISTIAN THEME PARK!

If the bones of the painting are no good, all the Christian-Theme-Park chase scenes in the world will never save it.