I was interviewed last week by KPLU reporter Monica Spain, who also spoke with my esteemed colleague Gabriel Campanario. Among other things, I mentioned that the presence of artists in cities (and their departure) is frequently fodder for nostalgia – to the point of ignoring the actual art we make while we’re in those cities. Since we at ’57 Biscayne have attracted so much media attention for NOT moving out, I put the Placiness show together to bring some focus back to the art itself. I think the breadth of art in this show is evidence of the multiplicity of ways in which artists are inspired by their location – multifaceted, usually indirect, but still palpable.

Gabi talked about his experiences living in and drawing live his ever-changing adopted city, both in his own work and as his day job as the Seattle Sketcher.

As is the way of these things, the whole thing was condensed to about thirty seconds, and  you can listen to it here. 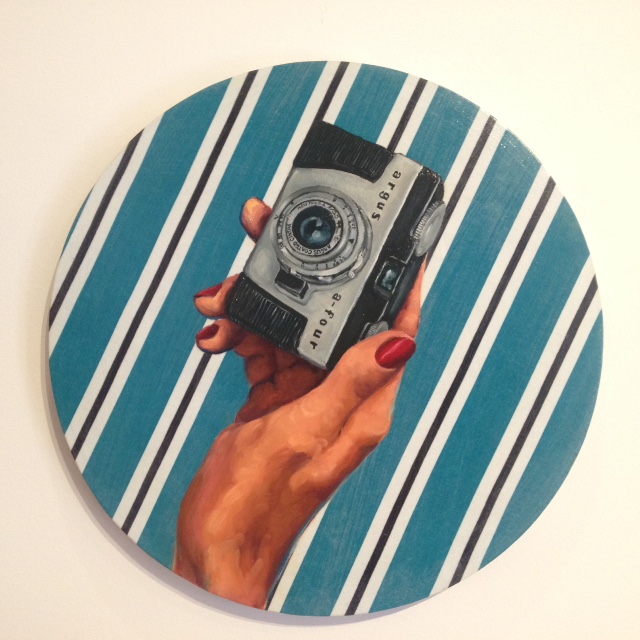 I’ve also recently to enter the fray of contributing to the image glut (a term coined, as far as I know, by Susan Sontag in the 1960’s to describe the paltry collections of analogue snapshots people kept around in those days). From now on I’ll be posting works in progress, snippets of inspiration, new paintings, and only as many dog pictures as are absolutely necessary to make an aesthetic point, on Instagram.