The Ghosts of Industry 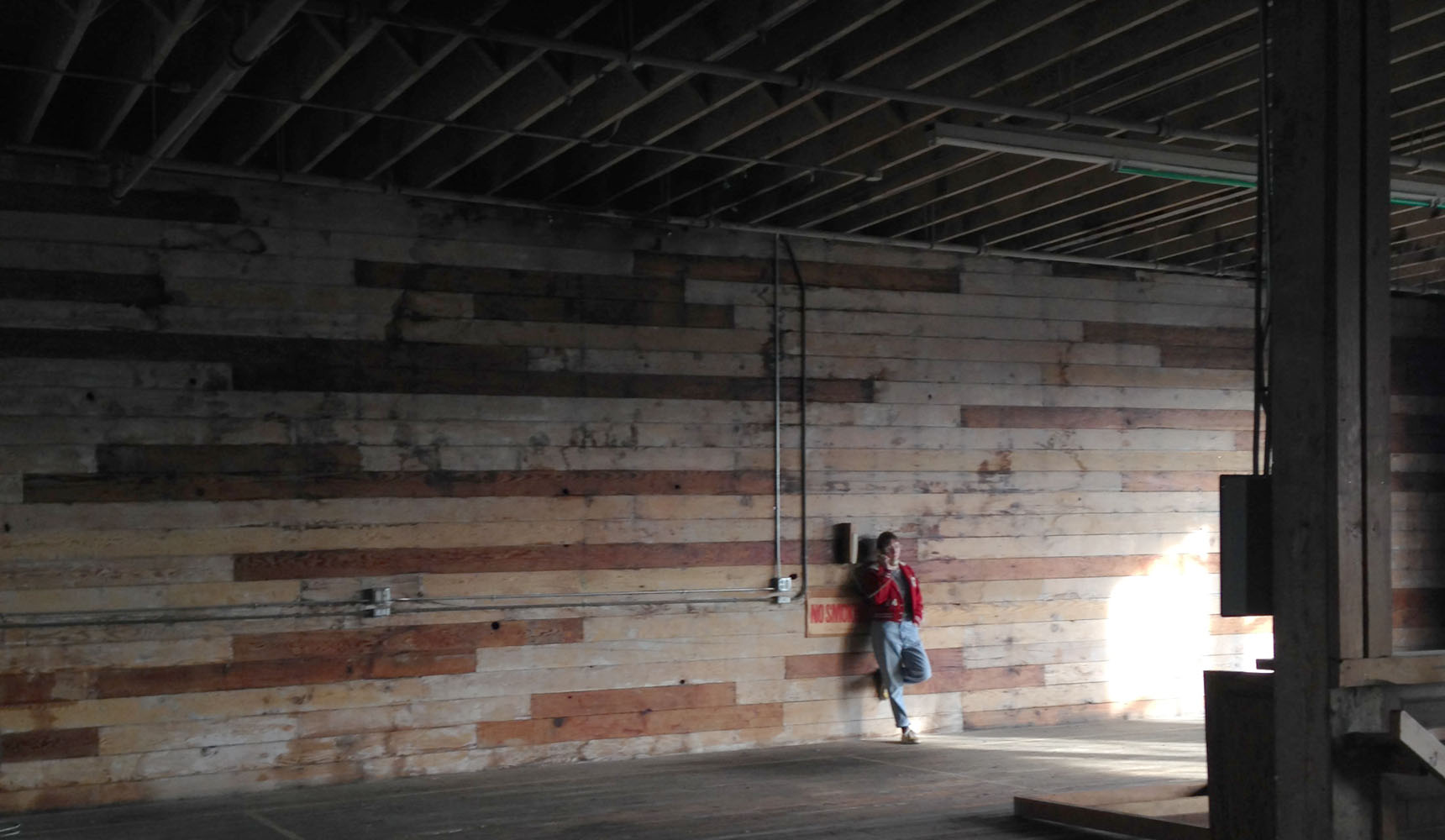 After six weeks of figure drawing in a very crowded studio, my University of Washington Drama grads were finally able to spread out a bit. We were lucky enough to score a field trip to the Millworks building in Seattle’s SODO Industrial district, and had the entire two-story vacant former sawmill to ourselves.

The building is mostly empty, its gorgeous beams and planks exposed, but the few items that remain are intriguing. They lent themselves to oblique narratives once model Amanda got hold of them: several potbellied stoves, wall-mounted phones, a traffic light, a piano. The last one particularly piqued our curiosity about the former occupants: Did the mill provide live music for its employees while they toiled? Or perhaps they just had really good Christmas parties, a la Mr. Fezziwig? There is certainly enough room in there to dance a reel or two.

Natural light pours in from huge windows on either end of the long second floor, and from a giant skylight overhead. The whole building is one solid block of wood, the fir planks aged into different shades that create random stripes along the walls.

I encouraged the students to look for oblique points of view and dramatic scale shifts when they chose their compositions. It’s not very often one gets to draw so much empty space, with no distracting trees or furniture.

The model’s point of view from the top of the stairs.

…and the sketches from the bottom of the stairs

The highlight for many of these theatrical types was the creepy basement, where “low clearance” signs in a passageway were a bit of an understatement. We stayed for just one drawing down there in the mustiness, in an Escheresque forest of lumber racks.

Big thanks to Urban Visions for making this possible!