When Artists Get Together They Talk About Real Estate or, Put a Nickel in Me! 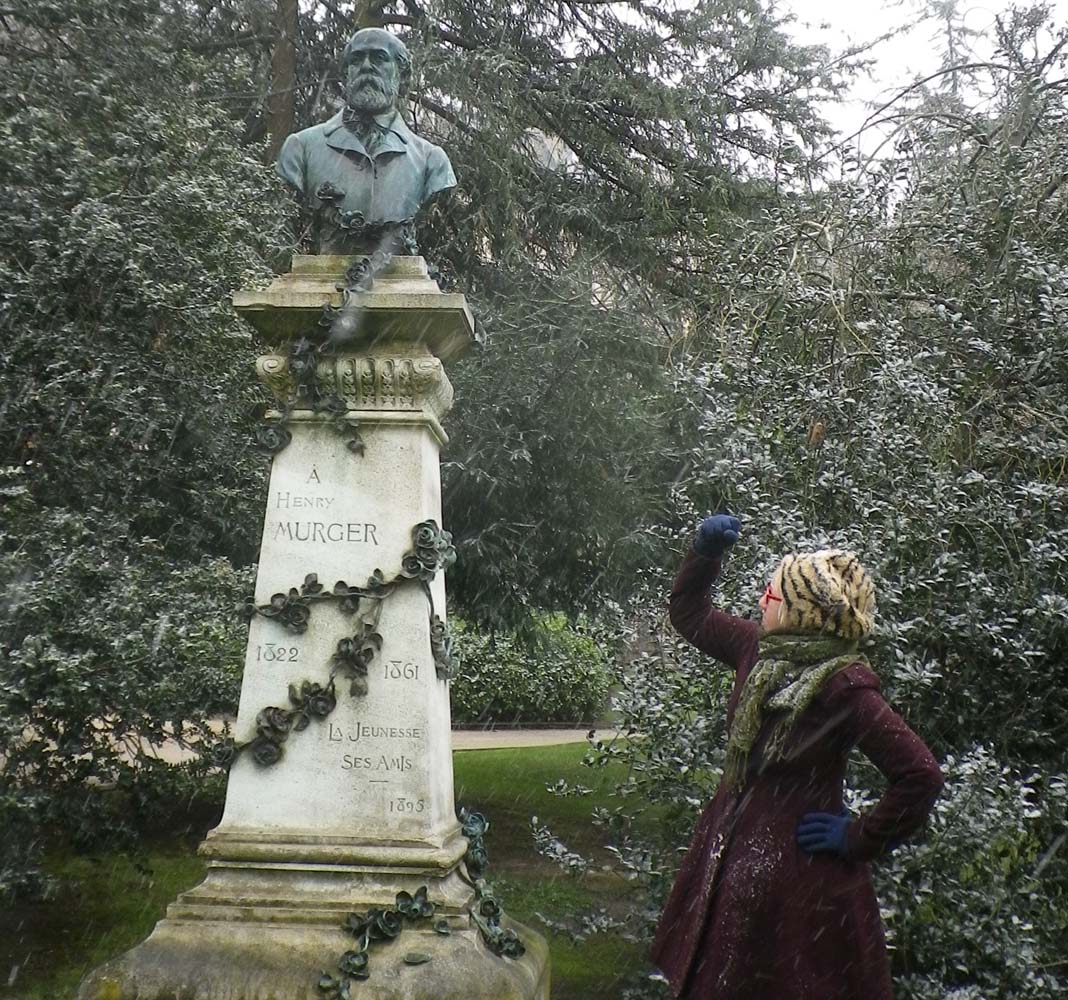 You can’t get through an art opening without having some version of this conversation: Rents are going through the roof as the tech bros take over “our” city, displacing the artists who made it cool in the first place. In this telling, we artists are the inevitable victims of–and bait for–gentrification, unless someone else comes to our rescue. We can’t rescue ourselves because that wouldn’t be very artistic of us.

The romantic stock character of the impractical starving has persisted in the popular consciousness since the Renaissance. It really found its legs in the nineteenth century, with the publication of Henri Murger’s Scenes from the Life of Bohemia, a tale about artists and their struggle to pay the rent, since reprised in many familiar incarnations. Artists themselves internalize the stereotype, however silly, as if we have an investment in being marginal and easily displaced. We’re often rewarded for it, too: The most press I ever received was for being evicted; the amount of ink devoted to art itself is paltry in comparison.

Once you let go of this colorful yet ultimately defeating story of the artist as a victim, it becomes possible to write alternative endings to the gentrification narrative. Artists are actually rich–in educational privilege, political cache and creativity– and could use that wealth to find ways to stay, instead of finding yet another marginal neighborhood to move into. I did. With some of my neighbors from the former 619 Western building, I  started ’57 Biscayne studios, and a few years later partnered with a developer to make them a permanent fixture. I’m going to be talking about all of it this Friday at the Bainbridge Art Museum.

I’ll unpack the myth of the “Tortured Artist” as it manifested in the twenty-first-century media coverage of my own studio eviction, tell how some of us wrote a different story, followed by a discussion of what that might mean to the numerous cities and towns facing growth and the displacement of culture. The program is free and open to the public, as part of Humanities Washington Speakers Bureau.